Well-known founders, convinced investors and research-strong employees: Together we are advanceCOR GmbH.

advanceCOR exists since June 2012 and emerged from Corimmun GmbH, which was sold to Janssen Cilag GmbH/Johnson & Johnson. The founding team includes well-known scientists, who still actively shape the course of advanceCOR today.

In post hoc analysis of the Revacept studies patients who particularly benefit from Revacept have been identified. Mostly patients with more severe disease benefit most. The predictive capacity of soluble GPVI for bleeding and thrombosis was also evaluated in a biomarker sub-study of the ISAR-plaster trial.

In March 2020, we completed our second Revacept Phase II study, which started in 2017, in patients with stable coronary heart disease (CHD). The results showed increased platelet inhibition without bleeding complications. All patients had received platelet-inhibiting drugs at maximum dosage.

In September 2019, the last patient with a narrowing of the carotid artery (carotid stenosis) and the threat of stroke completed the first Revacept Phase II study, which started in 2013. Magnetic resonance imaging (DW-MRI) showed that the Revacept group had fewer strokes than the control group. Revacept did not increase the risk of severe bleeding – an important difference to previous drugs. Conclusion: the combined clinical endpoint (serious ischaemic events combined with bleeding) occurred less frequently.

In November 2017, a second Phase II study with Revacept in 332 patients with stable coronary heart disease (CHD) started. This was also a double-blind, randomised, placebo-controlled trial. All projects not related to the main project (COR-1) were transferred to a new limited liability company. This is how advanceCOR was created.

In March 2013, the first Revacept Phase II study started with 150 patients who had recently suffered a stroke or transient ischaemic attack (TIA) (EudraCT No 2011-001006-10). It was a double-blind, randomised, placebo-controlled trial.

In June 2012 the predecessor company of advanceCOR, Corimmun GmbH, was sold. Janssen Cilag GmbH, a subsidiary of Johnson & Johnson, paid a purchase price of USD 100 million for this.

All projects not related to the main project (COR-1) were transferred to a new GmbH. This is how advanceCOR was created.

We are a small company with twenty competent, committed employees. Our scientists come from the fields of medicine, pharmacy, biology and chemistry and have a lot of experience in the biotech industry. We are convinced of our pipeline and do everything we can to bring it from research to the bedside. 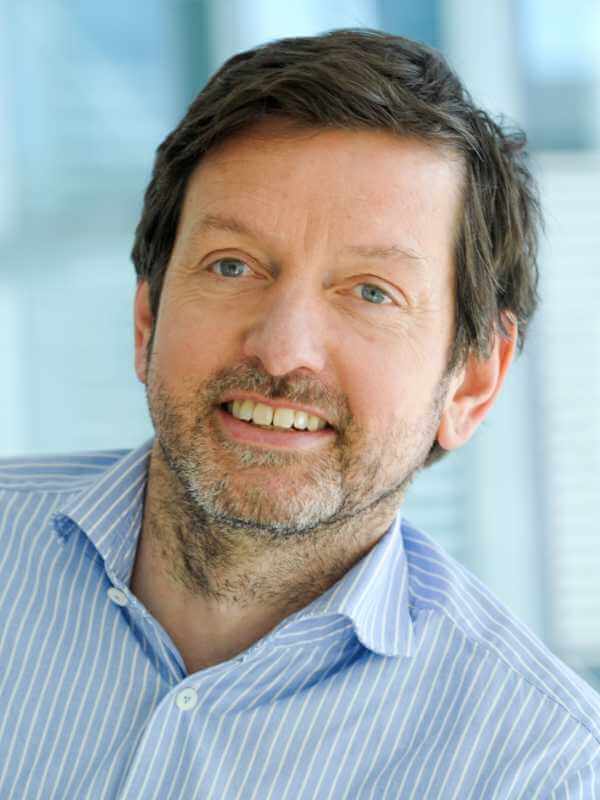 Vita
Götz Münch is co-founder and managing director of advanceCOR GmbH, Martinsried, a biotech company that develops personalised cardiovascular drugs. Previously, he was co-founder and managing director of Corimmun GmbH, which was sold to Johnson & Johnson in 2012. Prior to that, he founded and managed ProCorde GmbH – from its successful merger with the British biotech company Trigen until his retirement in 2006. After completing his doctorate under Professor Klaus Starke at the Pharmacological Institute of the University of Freiburg and at University College London under Professor Geoffrey Burnstock in 1992, Götz Münch habilitated in pharmacology at the University of Würzburg in 2004. Since 2012 he has been an associate professor at the Julius Maximilian University of Würzburg. Münch is a specialist in internal medicine and cardiology and a lecturer in biomedicine at the University of Würzburg, where he has taught physiology/pathophysiology since 2001.